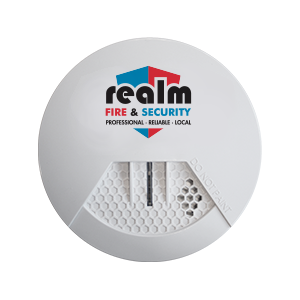 There are different types of smoke detector: Optical/multi-sensor, ionisation and beam detectors.

Optical smoke detectors operate on the principal of infra-red light refracting off smoke particles entering the chamber. This makes this type of detector more sensitive to smouldering fires such as modern fabrics or furnishings. Optical detectors are more prone to false alarms from steam or dusty environments (outside bathroom/building works).

Beam detectors comprise of a transmitter and receiver. The transmitter emits an infra-red beam from the TX (transmitter) to the RX (receiver). The beam detects obscuration by the smoke.

Ionisation detectors operate on the principal of charred smoke passing between two electrodes causing a small current flow. This makes this type of detector more suitable for fast flaming fires such as paper/wood. Ionisation detectors are more prone to false alarms from a burning smell, i.e. outside a kitchen.

Toxic and flammable gases present a serious risk to health and safety. When toxic gases are present the risks of poisoning or asphyxiation increase considerably and when flammable gases and vapours are exposed there is a serious danger of fire and explosions. It is imperative then that an early warning gas detection system is in place and one which ideally has the capacity to respond automatically to reduce further risks. Realm Fire & Security can provide a gas detection solution for all applications, utilising a range of sensing technologies for all target gases. 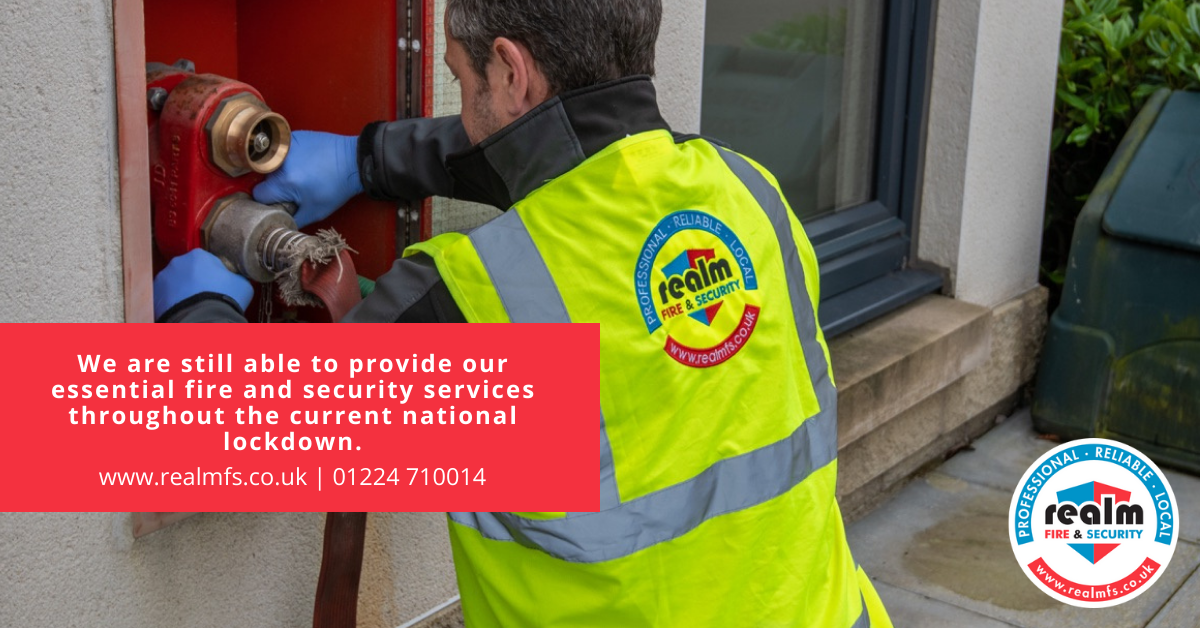 We would like to reassure our customers that we are still able to provide our essential fire and security services throughout the current national lockdown.

At Realm, we take our responsibilities extremely seriously and can be flexible with our clients to ensure that our, (and their), Covid-19 Security policies are fully adhered to without compromising security and fire safety.

Why not speak to us today to find out how we can help you to remain fully compliant with current fire safety legislation during these difficult times.

×
We use cookies to ensure that we give you the best experience on our website. If you continue to use this site we will assume that you are happy with it.Ok