A service for commercial businesses in Aberdeen

Realm Fire & Security provides a key holding service for businesses to support the existing security and fire systems your business has invested in. We will attend your site in the event of a fire or security activation, so that you don’t have to.

We do this by providing a bespoke service, usually including being available over night and during bank and public holidays, to ensure you’re getting the optimum benefits from your systems, whether or not we have provided them. We also include a programme of education and consultation to improve employee education and understanding of your fire and security systems, to help manage any false or unwanted activations that you might experience.

To find out more information or book an initial meeting, contact our team on 01224 710014 or via email at sales@realmfs.co.uk with Key Holding in the subject line. 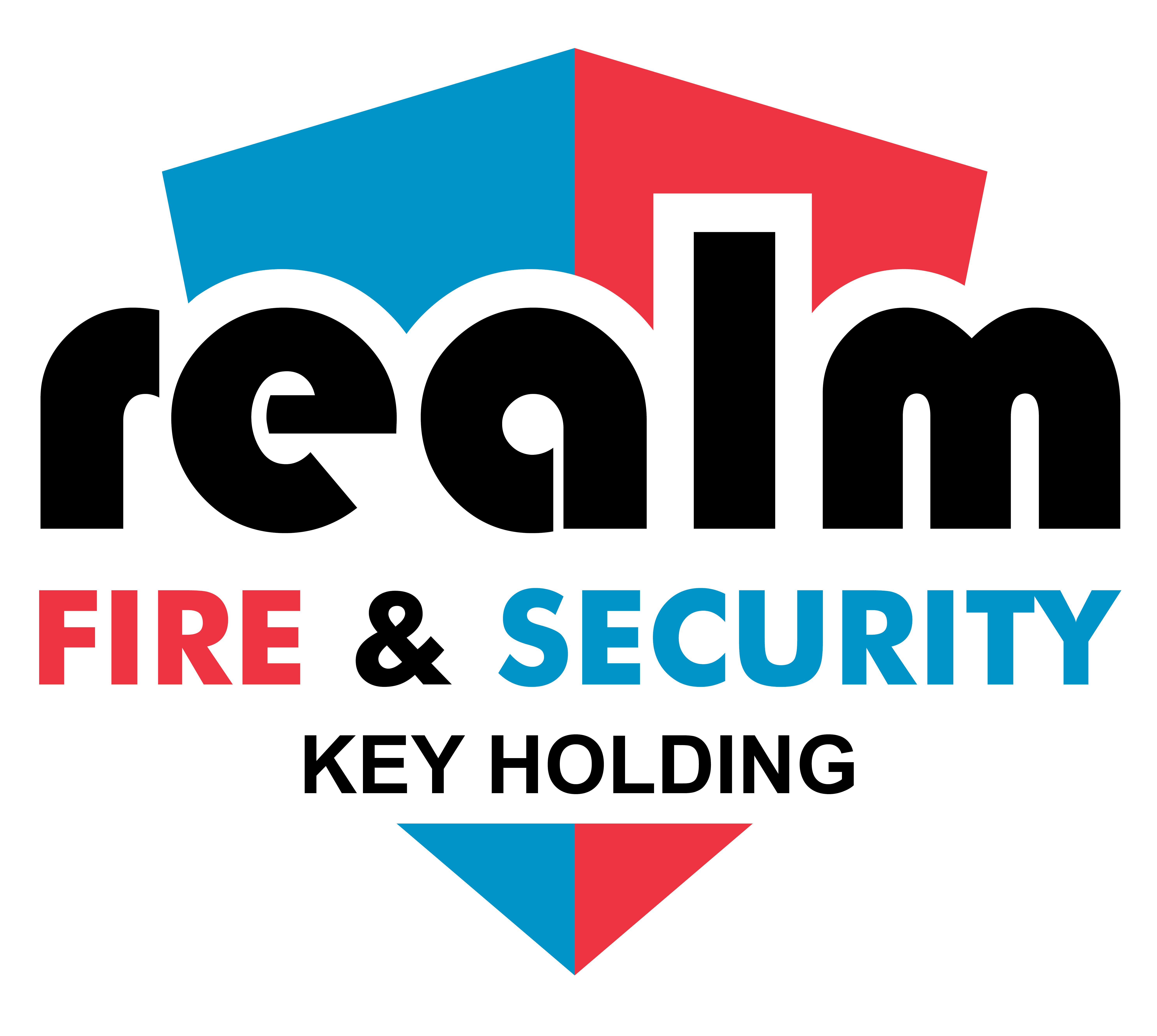 In most businesses there are a few trusted employees who become the key holders. This means if a security or fire alarm system is activated overnight, they have to get up and drive into work to see what’s happened. This means the following day, they’re either too exhausted to be effective at work, or they’re late in. One 2 am disturbance can totally disrupt a week of work. It also puts the employee at potentially unnecessary risk and also may not lead to a full understanding of why the system was triggered.

Using Realm means your whole team gets a good night’s sleep while our fully trained response team deal with the callout. In a genuine emergency, this prevents your employees from putting themselves in harm’s way. We understand the Health & Safety issues involved and recognise that systems can triggered for several reasons, aside from a genuine security or fire emergency. There are different categories of false alarm, often triggered with good reason, that we can support your business to understand and mitigate, resulting in fewer false callouts, and a better understanding of how your fire and/or security systems work.

Reasons for a false activation

This is the most common form of false alarm. Here the system has performed as it should but has nonetheless produced an unanticipated result. There can be several reasons for this as demonstrated in the examples below.

Example: Fire Systems An incident like burning toast or steam in a kitchen has produced a fire-like phenomena that the fire alarm has mistaken for a real fire. This system has performed as it was designed to perform, but this has still led to an unwanted activation.

Solutions
There may be an issue with the system design which is easily corrected. For example, the sensitivity of the system can be adjusted, detectors can be repositioned, or a different type of detector used, (smoke detectors can be replaced by heat detectors). However, in many cases, these types of false alarms can be avoided through education. Realm will work closely with clients to ensure that all staff are properly trained in the correct operation of the alarm system to minimise the number of unwanted alarm activations.

This is often where the finger of blame is pointed whenever a false alarm is reported, but these types of alarms are quite rare in modern systems, and far less common than unwanted alarms. As suggested by the name, these types of false alarm activations are caused by faulty equipment.

Example:  Damaged wiring which breaks the circuit. A faulty piece of detection equipment, or a faulty panel.

Solutions
An indication of why the system has misfunctioned can usually be found through interrogating the panel, giving the engineer an idea of where to focus their investigation. Faulty equipment can often be ‘swapped out’ under warranty. Damaged wiring will need to be replaced.

These are deliberate malicious activations by a person or persons intent on causing disruption.

Example:  Common in schools, prisons, or other institutions where manual call points are likely to be deliberately activated maliciously by students, inmates, or residents. This could also include deliberate alarm activations for premises outside pubs or clubs due to late night drunken antics. In rare cases, malicious activations can be from disgruntled employees.

Solutions
Where appropriate, various anti-tamper devices can be added to equipment.

Somebody deliberately activates an alarm in good faith, mistakenly believing that there is a legitimate threat which turns out to be false.

Example: Intruder  Somebody activates a ‘hold up’ alarm believing that they are in danger

Solutions
There is often not a solution to these activations as in most cases it is ‘better to be safe than sorry’. However, repeat issues may again be alleviated with regular staff training. Realm are happy to help educate on fire and security safety issues.

You have Successfully Subscribed!

Fire safety training reduces the likelihood of a fire in the workplace and ensures that, should the worst happen, your staff are able to respond to an emergency in the most appropriate way to minimise the risk to life.

Check to see how many fire wardens you need for your company and how many are returning to the office when your business reopens in the next few weeks.

We can deliver training tailored to your business at your premises, or you can join our Open Session in Aberdeen on the last Wednesday of every month.

Our course is half theory and half practical and includes handling real fire extinguishers to put out safely controlled fires. This means your fire wardens are comfortable with procedures and confident in the deployment of the different types of fire extinguishers you will have at your place of work.

Click here for more information on course content or call Michael on 01224 710014 to take advantage of this offer and provide peace of mind for your colleagues who are returning to a building that has been mostly empty for many months.

Realm Fire & Security are members of both the Fire Industry Association and Fire Protection Association. We are the only BAFE-certified fire risk assessment provider in the whole of Aberdeenshire. We are SSAIB registered, as well as SafeContractor Approved and a Gold Member of Constructionline. Our track record is second to none and we are always happy to provide references and other information to help you make your choice.